The other way to help dog shelters

The number of pet dogs reported stolen in London has increased by more than 75% in the past four years. Figures from the Met Police reveal that criminals are increasingly targeting the prized canines which can be worth well in excess of £10,000. Staffordshire Bull Terriers have been the most stolen dog since January 2010, followed by Chihuahuas and Jack Russell’s.

But whilst there has been a huge surge in the cultural conversation around stealing dogs for their resale value, there has been very little reported on the thousands of dogs who need to be rehomed.
We’re urging the public to steal these dogs from dog homes all over the capital. To take them home and shower them in the love and care that they deserve. 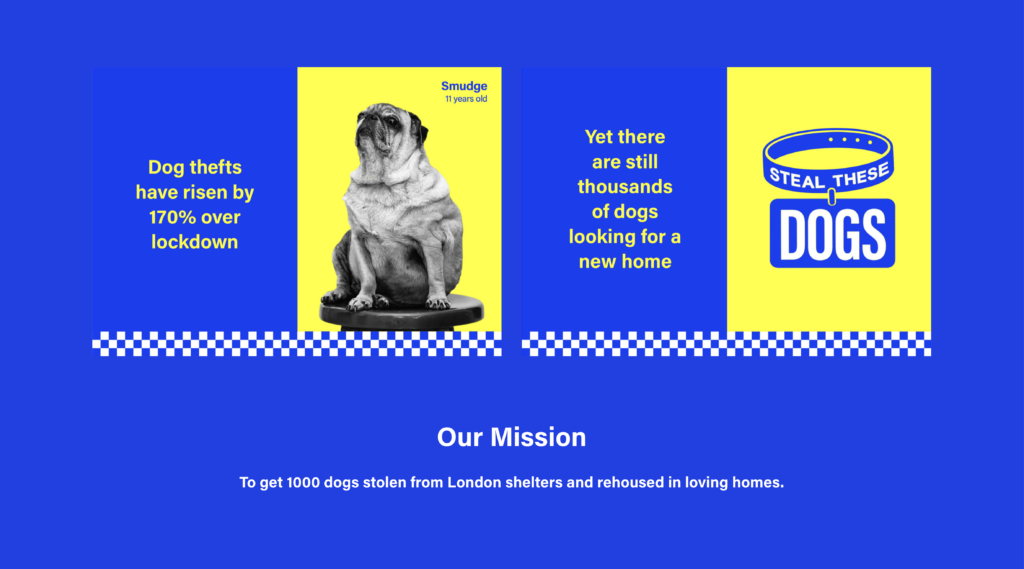 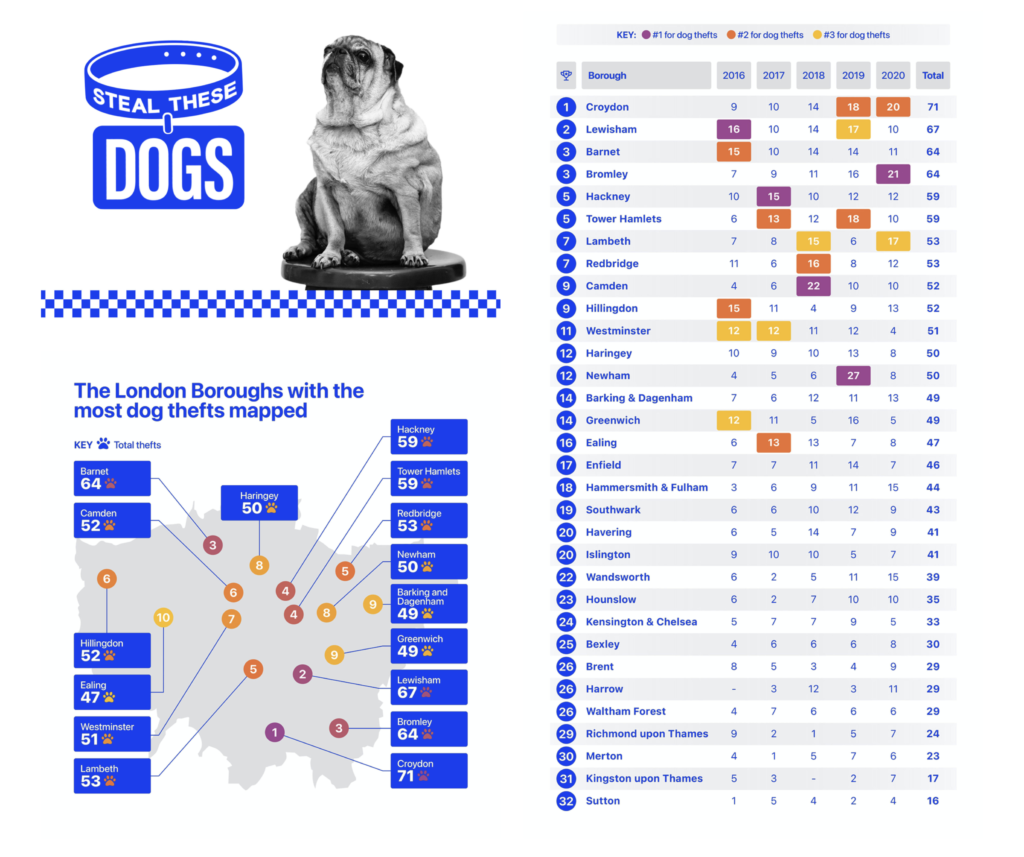 We use cookies on our website to give you the most relevant experience by remembering your preferences and repeat visits. By clicking “Accept”, you consent to the use of ALL the cookies.
Cookie settingsREJECTACCEPT
Manage consent

This website uses cookies to improve your experience while you navigate through the website. Out of these cookies, the cookies that are categorized as necessary are stored on your browser as they are essential for the working of basic functionalities of the website. We also use third-party cookies that help us analyze and understand how you use this website. These cookies will be stored in your browser only with your consent. You also have the option to opt-out of these cookies. But opting out of some of these cookies may have an effect on your browsing experience.
Necessary Always Enabled
Necessary cookies are absolutely essential for the website to function properly. This category only includes cookies that ensures basic functionalities and security features of the website. These cookies do not store any personal information.
Non Necessary
Any cookies that may not be particularly necessary for the website to function and is used specifically to collect user personal data via analytics, ads, other embedded contents are termed as non-necessary cookies. It is mandatory to procure user consent prior to running these cookies on your website.
Save & Accept
Powered by